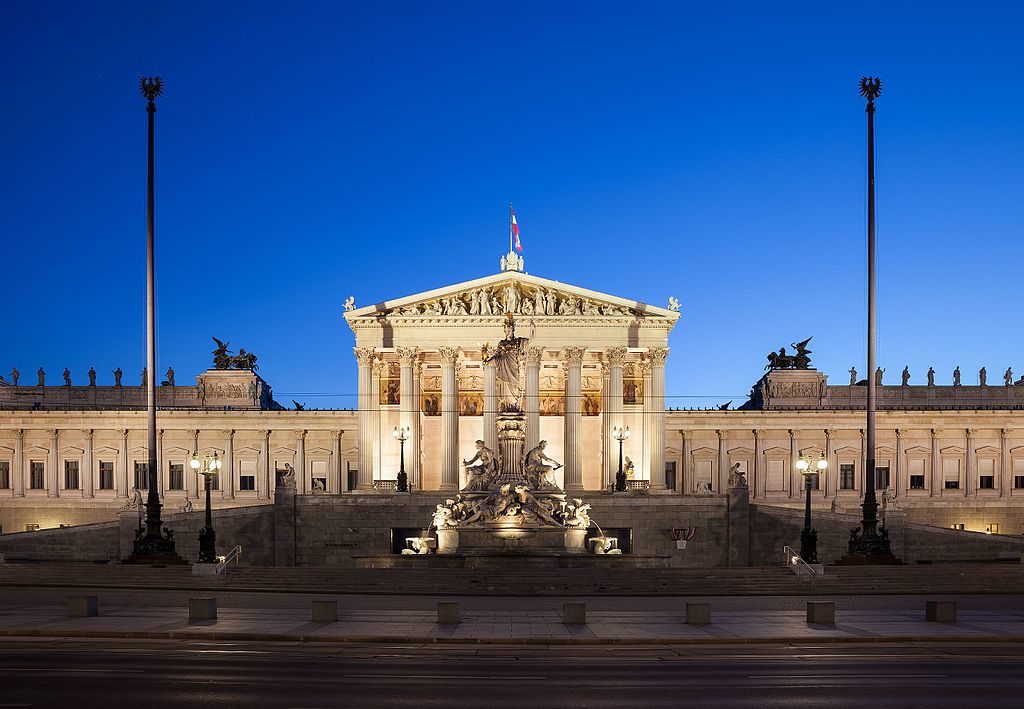 A surge of political entrepreneurs are seemingly hijacking the European, interconnected political system. Although establishment leaders like Angela Merkel have been able to keep rouge political movements at bay, the popularity of unique and passionate candidates has been growing in the European political landscape within many elections in the past five years. On both sides of the political spectrum, ambitious individuals have been taking advantage of the public’s yearning for the new, the passionate, and the unique.

The passion and vigor of these types of European candidates often supersedes party loyalties and politics, which have been a common theme in European politics for quite some time. Emmanuel Macron, the young and passionate president of France, came to power through a party formed by himself. Rather than basing voting off of party allegiances, the French people found what they were looking for in Emmanuel Macron. Even though Donald Trump is not a European politician, MAGA (Make America Great Again) is essentially a party within itself. He has fleeting support from his fellow Republicans, and little to no support from democrats. Despite this, he issued a decisive blow to not only the Democratic Party, but also the American party system. Recep Tayyip Erdoğan, current President of Turkey, has altered the political system in Turkey to give him authoritarian-like power, as well as allowing him to remain in office until 2029. The people tolerate this institutional override because of his sweeping popularity in more conservative areas of the country. Erdoğan could even erase the entire legacy of Mustafa Kemal Atatürk, the founder of secular Turkey.

Austria had its own political phenomenon in 2017: the superstar Sebastian Kurz. Despite being involved in the Austrian government since leaving the University of Vienna without a degree to pursue politics, he has branded himself as an anti-establishment leader like Macron, Erdoğan, and even Trump have. Who is Austria’s new superstar, and what effect does his power have on European and international politics? 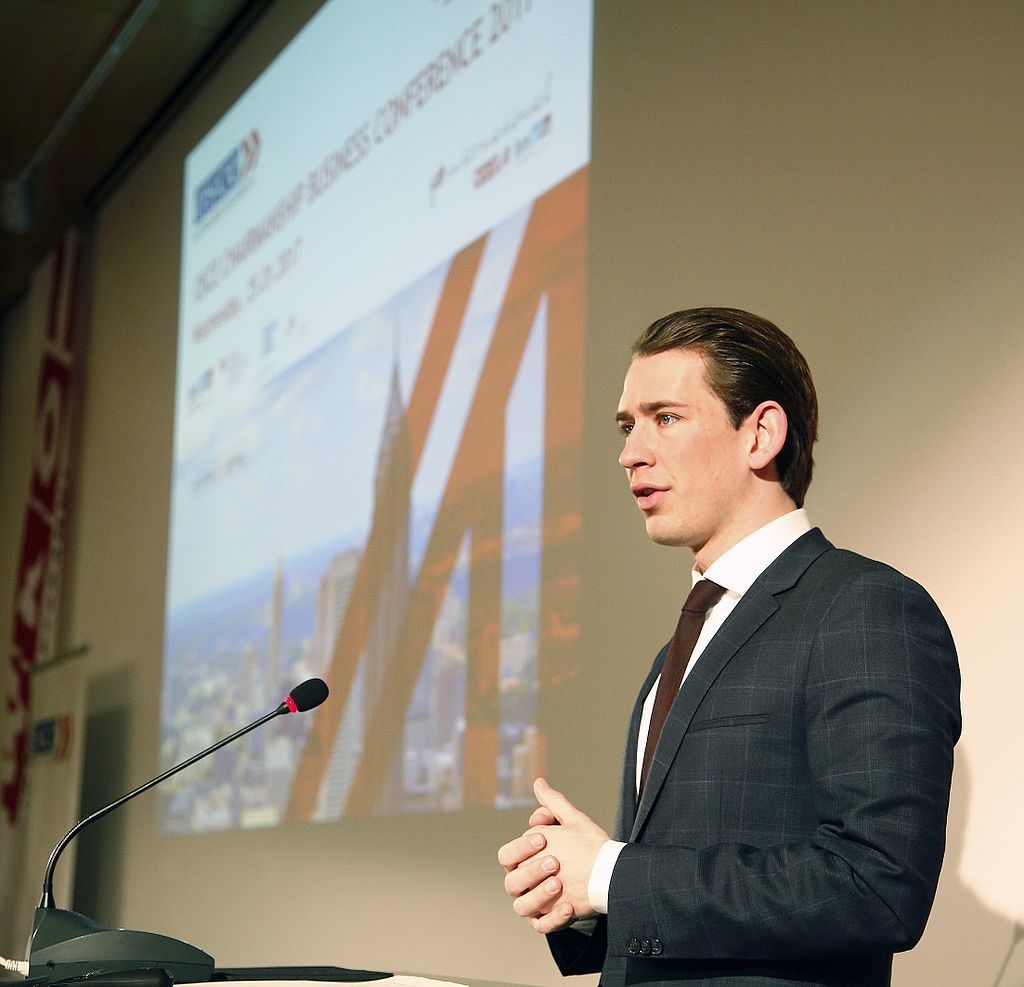 At the age of 31, Sebastian Kurz, Austria’s new “wunderwuzzi ,” or the “wonder hotshot” has made global headlines for being the country’s youngest chancellor. Kurz, a Vienna native, began his political career in the youth section of the ÖVP (Austria’s People Party). After serving in local government with the ÖVP, he used his political tact to become Europe’s youngest foreign minister at 27 years old. During his time as foreign minister, he closed off immigration routes through the Balkans and created a less than welcoming environment for refugees.

The most interesting thing about Kurz is the almost cult-like following he has amassed. The Austrian people have become enchanted with the 31-year-old, and their love for the young politician is not fading anytime soon. Since his leadership role in the People’s Party youth section, he has ascended to a position which career politicians that are twice his age only dream of. Not only is he surprisingly young for his position, the “wunderwuzzi” has risen to power without a university degree. To compensate, he used his ability to turn a hard-line message into an attractive Austrian plan for “success.”  He has done what the Freedom Party has failed to do since its Nazi beginnings: water down its message. This watered down message is not tied to a party or to a coalition; instead it is tied to Sebastian Kurz. The Austrian people now associate these policies with his charm and youthfulness.

However, this new young gun superstar might not live up to his respectable reputation. Although at some points his policies on immigration and Islamism may seem sensible and digestible, he plans to form a leading coalition with the FPÖ (Freedom Party of Austria), a party that has been less than keen to abandon its hateful roots. And although Sebastian is firmly in favor of Austria remaining an EU member state, many of his colleagues with whom he aligns politically might disagree, especially if Brussels asks Austria to accept more refugees.

Global Implications and the European Union:

From a foreign policy standpoint, Kurz will most likely bring minimal tangible change. Both the ÖVP and the FPÖ (Freedom Party of Austria) are mostly non-revisionist when it comes to policy concerning European Union membership status, which suggests little change as well. However, Kurz embodies the current trend towards political entrepreneurship which has characterized many recent elections. Individuals like Sebastian Kurz and Emmanuel Macron have operated outside the political “establishment” and found major success in their respective states by heading refreshingly vibrant campaigns. This new yearning for younger, anti-establishment leaders has grown significantly, and even though Austria is relatively insignificant on the international stage, Sebastian Kurz is a further testament to this trend.

As long as pro-EU candidates continue to win elections, the vitality of the EU is relatively safe. However, when European political entrepreneurs start to share the ideals of an isolationist like Donald Trump, the EU will have to adapt. As political guise, formalities and experience start to lose their importance, movements will inspire more passion and sometimes even fury. The most powerful political movements seen not only in Europe, but throughout the world, hinge on the leader’s superstar quality.

Although the EU is cooperative and unifying at its core, maybe individuals inside of the Union should lead movements to preserve the special bond that current EU member states have. It is still unclear whether or not Sebastian Kurz will actually defend Austria’s EU member state status. Even though Austria is not a major contributor economically or politically in the EU, maybe Kurz will be a lesson for how political entrepreneurs from both ends of the political spectrum will cope with the interconnectedness of the European political landscape.

Matthew McDonnell is a sophomore at the University of Southern California majoring in Economics and minoring in International Relations. Before undergraduate studies, he worked at a non-profit organization, Lion’s Heart, and helped manage their social media platforms. At The University of Southern California, he is a volunteer teacher for local high schools through USC’s TIRP (Teaching International Relations Program) program, and is also the Director of Client Engagement for the International Consulting Club. His primary interests include global economics, as well as Western European affairs. As a Glimpse from The Globe Correspondent, he hopes to explore international economic developments as well as identify and analyze important global trends.