Towering above the famous — or infamous, depending on your perspective — Mansu Hill Grand Monument in Pyongyang, North Korea stand two massive statues. Looming 22 meters high, the bronze incarnates of Kim Il-sung and Kim Jong-il express gleeful smiles, the former with his right arm outstretched and the latter with his left hand on his hip. The father and son stand approvingly amid communist-themed memorials, as if frozen during the apex of communism’s allure. Indeed, Cold War-era policies that continue today have had a chilling effect on the country and its people, leaving it comatose to international affairs. Though most agree that the Cold War died with the collapse of the Soviet Union in 1991, the burial of communism and its countermeasures was not fully six feet under. North Korea and the United States alike stand athwart progress by clinging to policies that isolate one another.

The case is changing for other post-communist countries: after persisting for decades, the Cuban embargo is unwinding with the normalization of relations under the Obama Administration. In 2015, the Cuban flag flew above an embassy in Washington, DC, as did an American flag over Havana, for the first time in the post-communist world. Leaders in both countries recognized that outdated policies intended to isolate Cuba diplomatically and economically had not fostered robustly pro-American or pro-capitalist sentiments. If abandoning isolationism works in Cuba, a former Soviet-aligned country, then it should also work in countries with similar statures. Could North Korea potentially be next?

Despite the initially obvious differences, there exist demonstrable similarities between Cuba and North Korea: both welcomed Soviet support for their revolutionary governments and bore the blunt of American scorn and sanction. As the surrounding world has tended toward democracy and free elections, familial dynasties still control both governments. Raúl Castro inherited the Cuban presidency from his brother Fidel in 2008 after a 32-year reign, and Kim Jong-un followed his immortalized father and grandfather, now prevailing over the 67th year of the family’s regime. As the world becomes inestimably interconnected — coalescing under the promise of partnership, trade and peace — North Korea, like Cuba until recently, is a notable exception that fits the isolationist archetype. 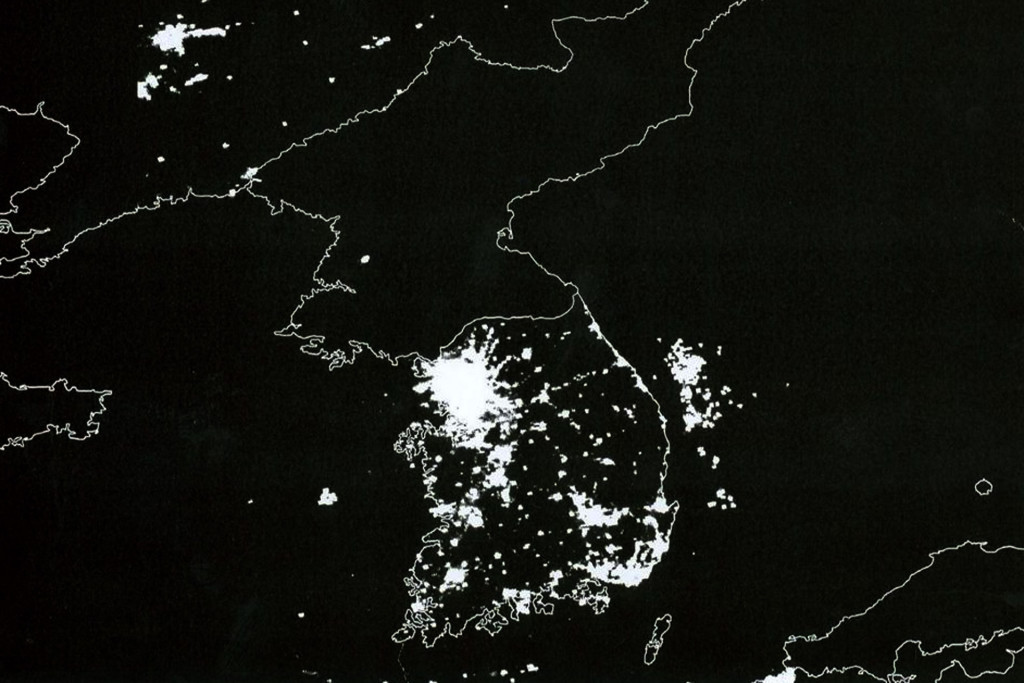 The Korean Peninsula at night. Compared to its neighbors and the rest of the world, North Korea fulfills its reputation as the “Hermit Kingdom”. 2010. (Roman Harak/flickr).

Examining Cuba’s history and relations with the United States may shed light on the prospect of North Korean normalization. Estimates of Castro’s victims during the revolution total no fewer than 8,000 but grow to 70,000 when they include those who died on boats fleeing from the island. The revolution began with Castro and Che Guevara marching across the island shooting political enemies and minorities, and as communism settled in, Human Rights Watch consistently condemned Cuba for its infringements on free speech and press, as well as the repressive conditions in forced labor camps. The Cuban Missile Crisis, instigated by Castro and the USSR, brought the world closer to nuclear war than it had — or has — ever been before. The US resolved the crisis swiftly and peacefully by publically ordering Khrushchev to remove missiles from Cuba. In private, however, it also conceded its own missiles positioned in Turkey. The close encounter with mutually-assured destruction notwithstanding, the US forged common ground after decades of failed isolationist policies, and now normalized relations exist.

Like Cuba, North Korea’s 20th century history is one of pervasive conflict, repression and death. Korea exceeded Cuba, however, by instigating a war in which the US intervened in an attempt to contain it. The war alone killed 400,000 North Korean soldiers and 600,000 civilians. An estimated 800,000–1,000,000 further perished due to forced labor camps, mass killing and intentional starvation. Because many of these conditions persist today, the United Nations declared in 2014 that North Korea’s abuses are without parallel in the modern world.

From these numbers, North Korea’s abuses are clearly worse in degree than Cuba’s, but they are of the same essential kind. In listing the abuses of each country as it does annually, Human Rights Watch uses the same categories for assessing both Cuba and North Korea: arbitrary detention, political prisoners, freedom of expression, travel restrictions and prison conditions, to name a few. Their only difference, therefore, is the degree of severity in each category, not in the kinds of abuses themselves. In addition to the publicized abuses, further suffering likely goes underreported in both countries as a result of strict censorship of the media and a lack of diplomatic participation with other countries and international institutions.

Some foreign policy experts contend that for all of the historical and modern similarities, nuclear weapons are the tipping point that disqualify North Korea from normalized relations. Indeed, the country’s development and testing of weapons is well documented in recent reports of an alleged hydrogen bomb test and a long-range missile test. North Korea’s belligerence on the world stage in spite of international sanctions and reprimand is concerning. The US would do well, however, to resist its impulse to punish North Korea by aggressively isolating it and instead consider alternate policy options that it has successfully pursued elsewhere.

First, the vivid memory of the Cuban Missile Crisis should remind policymakers that Kennedy and Khrushchev reached resolution through dialogue. The threat was almost inarguably more alarming then, and yet it resulted in the establishment of a nuclear hotline between the aggressors and the White House—not silence and sanction. Similarly and more recently, the US negotiated with Iran over its nuclear program and reached an accord. Whether or not the Iran deal succeeds, the US set a diplomatic precedent by demonstrating its willingness to negotiate with what it once declared an axis of evil. North Korea’s nuclear antagonism represents no greater threat than Iran’s considering the precedence given to Iran in nuclear talks and its ongoing status as a state sponsor of terror. Nonetheless, the US has continued to employ its Cold War-era isolating policies toward the former while welcoming the latter into the 21st century of diplomacy and discussion. Should the US abandon its sanctions and scorn, instead availing itself to discussion, it could potentially learn North Korea’s motivations and objectives, laying the groundwork for peace.

If the US moved from the brink of nuclear obliteration at the hands of one Castro towards normal relations with another Castro, and if the US negotiated with one “axis of evil” about its burgeoning nuclear program, then surely North Korea is a reasonable parallel: another nuclear-armed axis of evil ruled by a member of an ideologically adversarial dynasty with a comparable record of abuses and violations. If either side in the debate incurs a burden of proof, it lies not with those encouraging relations with North Korea, but with those insisting on a divergent policy of isolation.

North Korea lost its largest benefactor when the USSR died in 1991, but has nonetheless continued to celebrate communism. A notably invigorating source of Kim Jong-un’s power in North Korea is the very fact that American diplomacy and values do not permeate his polity. For the sake of North Korea’s citizens and a more congenial world order, the US should send its policies of isolating and ignoring North Korea to the grave once and for all. Then, the bronze giants of Mansu Hill Grand Monument would have a reason to smile and extend outstretched arms: not in vain celebration of policies that have plagued the past, but rather for the prospect of relationship with the US and greater global community.