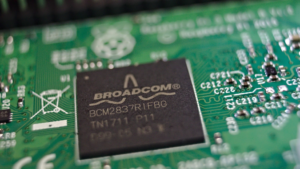 The United States has long served as a beacon for the values of free trade and open markets. Now, however, a little-known government committee, CFIUS, has become a key player in the Trump Administration’s  “America First” strategy and threatens to create more barriers for those looking to invest in the United States.

The CFIUS, also known as the Committee on Foreign Investment in the United States, is neither a new nor top secret organization, but the vast majority of Americans have never heard of it, and those who have likely only learned of its existence this year when President Trump rejected semiconductor manufacturer Broadcom’s acquisition of San Diego-based Qualcomm. Despite its historical insignificance, CFIUS is rapidly becoming one of the most important government institutions to influence the American economy and must be monitored as such.

What is CFIUS and How Does it Operate?

CFIUS occupies a unique role in the Executive Branch as an interagency group with the congressionally-vested authority to examine national security implications of foreign investment in the US. Established by President Gerald Ford via executive order in 1975, CFIUS is chaired by the Secretary of the Treasury and is made up of representatives from 16 other federal agencies.

If the committee believe a potential investment deal would bring national security concerns, it can order an investigation to determine the merits of these concerns. If the national security risks are found to be true, CFIUS often works with the involved companies to make changes to the deal that would remove these risks, but if the committee feels the risks remain unresolved, it can recommend that the President block the transaction, though this has only happened three times since 1990.

CFIUS does not have the ability to block a deal itself, but the threat of an investigation or presidential recommendation carry huge weight. If companies are notified that CFIUS will be conducting an investigation, most companies choose to terminate the deal rather than deal with the legal and public relations implications.

CFIUS rarely held meetings and went largely unnoticed until the 2006 acquisition of six major US ports by the Dubai Ports Authority. Public criticism erupted afterwards with fears of important American economic infrastructure residing in the hands of foreigners. In the following years, CFIUS’ investigations remained focused on national security-related acquisitions but conducted investigations increasingly often. Between 2005 and 2007, only 14 acquisition notices were investigated, but from 2009 to 2015, that number jumped to 310. While CFIUS has investigated more submitted notices over the years, the actions of one country necessitated an upgrade to the committee’s responsibilities: China. Chinese companies have steadily acquired sensitive US technology through both financial acquisition and outright theft.

In response to broader awareness of the threat that China poses, Congress went so far as passing a bipartisan bill in October known as the Foreign Investment Risk Review Modernization Act (FIRRMA), which significantly expands the power and scope of CFIUS. With the newfound authority to review not only mergers and acquisitions but also other deal structures such joint ventures or real estate purchases near military bases and other national security sites, the committee can now consider additional risks outside of national security.

Why Do We Need CFIUS?

As emerging economies around the world continue to ascend in terms of wealth and innovation, the United States has been forced to come to terms with a future in which it may no longer be the global leader in technological development. However, part of this shift has been caused by extractive foreign companies seeking to repatriate American intellectual property, which is why CFIUS is needed. Corporate espionage via hacking or outright theft has been a major drain to US companies, with the United States Trade Representative’s Office estimating the total cost to be between $225 billion USD and $600 billion USD annually.

The national security concerns that accompany such investments are legitimate. This has been underscored even further by the recent Bloomberg report revealing supply-chain comprises of major American tech firms, such as Apple and Amazon, where a Chinese People Liberation Army unit implanted monitoring chips in popular hardware. Furthermore, the United States must be able prevent the hijacking of its innovative technology by state actors for violent purposes. Recent stories, such as the Chinese intelligence officer arrested in Belgium on charges of corporate espionage, demonstrate a need for greater scrutiny of foreign interest in US companies. The officer has been charged with attempts of stealing commercial secrets from US companies with military customers such as GE Aviation, highlighting the vulnerability inherent in global companies.

Yet alongside this responsibility arises the government’s and CFIUS’ equally important responsibility to promote economic opportunity for both US citizens and firms by encouraging ample sources of capital and facilitating access to foreign markets. In order to preserve these benefits, the government must carefully balance regulation and an free open market.

CFIUS’ national security function is invaluable, but the recent extension of its scope will likely slow technological innovation. As part of the October 2018 FIRRMA legislation, the scope of CFIUS investigations was extended to “emerging and foundational technologies” crucial to the technological advantage of the United States. This extended scope carries significant weight as CFIUS could now issue recommendations against more deals it sees hurting the US’s competitive advantage in certain industries. CFIUS’ March warning on the Broadcom-Qualcomm merger specifically focused on the claim that such a deal would hurt US development of 5G wireless technology. However, this is nothing more than thinly veiled economic protectionism masquerading under a national security defense.

The development of 5G technology will admittedly have security implications as it applies to military communication, but the public’s benefits in areas such as healthcare, agriculture, and transportation through faster and stronger connections vastly outweighs the national security argument. Furthermore, US firms have thrived due to their ability to acquire cutting-edge technology and human capital from international competitors. If CFIUS continues on this path, many countries will be pressured to enact similar barriers. 5G is just one example, but if CFIUS was able to slow down the global proliferation of knowledge sharing through its enhanced scope in emerging technologies, there would be disastrous consequences for the economy and society as a whole.

Second, the United States owes its global trade partners clarity regarding CFIUS’ scope and focus. The new FIRRMA bill introduces the term “countries of special concern”, granting the committee freedom to apply a higher standard of scrutiny to transactions originating from certain countries. What the legislation does not do is name who these countries of special concern are. Congress wrongly chose a diplomatic approach with the FIRRMA legislation by deliberately failing to name Chinese investment as the central focus of the committee. Instead, they opted for the vague “countries of concern” tag. This uncertainty leaves an atmosphere hostile to friendly individuals and corporations, weakening the supply of foreign investment needed to fuel economic growth within the United States.

Finally, complaints about the eroding competitive advantages of American businesses will never be solved by limiting foreign investment. Only by pushing education and research in cutting-edge industries can the United States maintain its leading position in innovation. The Trump administration has chosen to limit research funding, cut budgets of research-oriented government agencies and increase taxes on graduates students. Worryingly, the US government does not even have a designated policy working to address these woeful shortcomings. However, China is rapidly pouring money into industries such as artificial intelligence and robotics with the goal of becoming the global leader in innovation by 2030. In the absence of a proactive strategy, CFIUS is merely concealing a much greater challenge. The Trump administration’s recent call for a National Spectrum Strategy in 5G is a step in the right direction and must be extended to other technologies.

The United States has every right to establish a strong and comprehensive investment review framework with the authority to veto deals if necessary. US firms remain some of the most innovative in the world while the American market is unrivaled in terms of household consumption or income, making the US economy a ripe target for foreign investment. CFIUS will continue to play a critical role as gatekeeper and arbiter over many aspects of the world’s largest economy, thus it is imperative that Congress sets more restrictive guidelines on CFIUS to remove the uncertainty presently clouding over the economy.