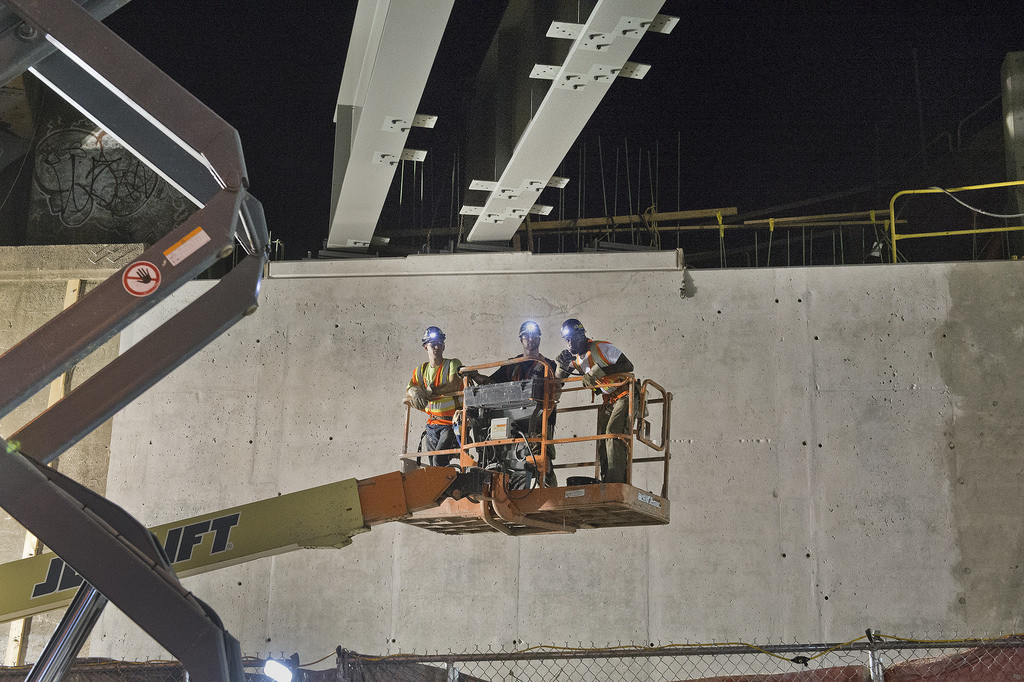 Infrastructure investment is a perennial staple in the American political diet. Journalists, politicians and pundits idolize ambitious infrastructure programs as economic silver bullets, single-handedly capable of propelling the US out of its slow-growth blues. The US’s crumbling infrastructure has also become representative of the political dysfunction that prevents its resolution. According to the dominant narrative, a gridlocked legislature beset by hyper partisanship makes a joint infrastructure deal impossible, despite its benefits. After painting a portrait of congressional ineptitude–usually invoking the legacies of Eisenhower and FDR–the imagined pundit pontificates on the need for another massive public works program that would employ hundreds of thousands and reinvigorate the promises of the American dream. There’s only one catch: it’s a ridiculous proposition

In our zealous promotion of infrastructure investment, fidelity to the grand ideal of infrastructure as an economic deus ex machina has come at the expense of sensible policy. The principal line of thinking, that the US needs a massive spending program, is not incorrect per se, but obfuscates the more nuanced reality: that how we spend is as important as how much we spend.

Expanding What We Call “Infrastructure”

It’s easy to snark about incompetent policymakers instinctively throwing money at complex political problems—and more public spending is needed. The question is, how do we go about doing it? To answer, we need to first examine what we mean by infrastructure spending. Naturally, we associate the phrase with massive, historical public works, usually pertaining to transportation. These tower both figuratively and literally above all else, and we are most conscious that we’re utilizing ‘infrastructure’ when interacting with, say, bridges or roads— the hidden systems of pipes, grids and waste are all “Out of sight, out of mind”. As a consequence, the American political approach to infrastructure tends to be overwhelmingly transit-centric.

We don’t immediately think of the public health crisis of lead water contamination in Flint, Michigan as a failure of public water infrastructure or broadband access as an infrastructure concern. Yet the Council of Economic Advisors suggests that investment in public broadband in areas that desperately need it could reduce frictional unemployment, improve labor market outcomes and boost  economic growth more broadly. Meanwhile, Joseph Kane and Robert Puentes from the Brookings Metropolitan Policy Program suggest that improving municipal water infrastructure could help prevent public health crises like Flint, decrease costs and ultimately lead to better water quality. Expanding our conception of what constitutes infrastructure isn’t just rhetorically pedantic. If transit dominates what we understand infrastructure to be in an abstract sense, we may ignore other core domains of infrastructure when allocating funds. A transit-centric approach to infrastructure in an era in which transit concerns are unbelievably less pronounced than they were fifty years ago ignores more significant infrastructure concerns for water, energy, information technology, and even aging. All of this serves to illustrate a guiding principle: spend first where the money is needed most.

Advocates of robust investment envision federal stimulus in terms of massive new high-tech construction projects bringing us ever closer to the space-age reality of the Jetsons. While I’m as big a fan of incredibly fast bullet trains, interstate hyperloops and stylish bridges as the next warm-blooded American, historically, public works projects that prioritize new construction tend to fail abysmally.

Japan is the best example of this. The massive several-trillion dollar Japanese public works stimulus that was meant to rescue Japan from its decade-long period of stagnation fell disappointingly short of its goal—too much money went to the construction of new roads and bridges that were either duplicative or simply unnecessary, and the stimulus failed to bring the promised economic boom.

Spending on new projects, especially new transit projects, in an already developed country at the expense of repairs is a ridiculous but common practice in the United States. While tens of thousands of bridges are structurally deficient and lie in disrepair, states spend 55% of road funds on new construction. Despite repairs having a return on investment several times higher than new construction, our glorification of new things leads to poor investments like the Alaskan Gravina Island bridge and Detroit’s notorious monorail system.

Part of this phenomenon can be attributed to the fact that new projects are far more politically profitable—flashy, visible construction is more attention-grabbing and meaningful for constituencies. This underscores how the way we think about our public systems informs the political economy of infrastructure policy. For a politician, there is a clear incentive system that rewards the construction of large public works at the expense of investment in other domains.

The bottom line is that there are several compelling reasons to prioritize repairing our nation’s infrastructure. 1/3rd of traffic fatalities are caused by poor road conditions, deterioration leads to higher future repair costs and investment tends to have large returns. Alternatively, there are very few compelling reasons to construct new infrastructure. It has a low return on investment and around 50% of new roads do not generate enough taxes to pay for themselves. Furthermore, a “Fix It First” approach emphasizes the primary goal of infrastructure to provide the populace with the baseline services necessary for the proper functioning of society and conduct of commerce. When we tolerate the deterioration of these services, we undermine the raison d’être of these sorts of public institutions. Sure, the “Fix It First” doctrine is boring. But it is far more efficient and pragmatic.

Public infrastructure investment has never been more necessary or better positioned to engender economic growth. But it must done intelligently, and policymakers should endeavor to defy the transit-centric, new-construction pathology of most infrastructure discussion. While infrastructure investment will not be an economic panacea, it surely will help to boost U.S growth prospects and lift up the standards of living for many Americans. While spending on mundane fixes is not nearly as exciting as spending on flashy though largely useless massive works projects—we must not sacrifice the efficacy of our infrastructure projects at the altar of political aesthetic. Fast bullet trains are pretty darn cool, but the well-being of the American people is always a more compelling imperative.

Spencer Slagowitz is a freshman at the Edmund A. Walsh School of Foreign Service at Georgetown University where he intends to study International Political Economy and Economics. Spencer is a veteran of six local and national political campaigns, a former policy intern for NY State Senator Adriano Espaillat, and a former field intern for the bipartisan non-profit No Labels. He currently resides in D.C where he is an editorial assistant for the Georgetown Journal of International Affairs and manages Popular Discourse, an undergraduate blog on politics and policy.