Trending:
You are at:Home»Regions»Americas»El Aborto: (The Lack of) Women’s Reproductive Rights in Latin America
By Jenna Mazza on December 12, 2018 Americas, Development & Human Rights 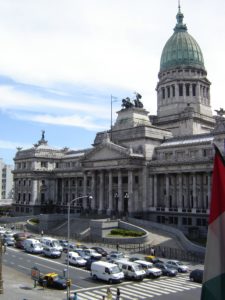 Roe v Wade may have been revolutionary for women’s health and rights in the United States, but the majority of the over 325 million women living in Latin America and the Caribbean are still subject to a near-total ban on abortions. With more than 97 percent of Latin American women subject to the ban, women’s reproductive and equal rights are severely challenged in this region, which has only recently begun to address the repressive status quo. Many considerations including past legal decisions, legal differences in the region, religious influence, and health implications – all are inspiring activism for increased women’s rights.

Of the 33 Latin American and Caribbean countries, merely three countries and one region permit abortions without restrictions: Cuba, Guyana, Uruguay, and the Mexico City region. Nine states permit abortions for maternal medical exceptions, while six countries maintain complete bans on abortions with no exceptions. Of these six countries – El Salvador, the Dominican Republic, Haiti, Honduras, Nicaragua, and Suriname – only three have revisited these laws in its highest courts, all of which have upheld the total ban.

In early August 2018, the Argentine Senate voted on a bill permitting elective abortions up to 14 weeks. While the bill failed 38 to 31, this marked the first time since the 2012 Supreme Court decision legalizing abortions in cases of rape or maternal health threats that the highest lawmakers in Argentina had reconsidered the ban. Most circumstances are still considered illegal in Argentina, yet prior to this, all women seeking or obtaining abortions could be criminally charged under the 1921 Constitution.

The 2018 bill progressed after public support and a trans-party alliance led to narrow passage in the lower house, and although President Mauricio Macri opposed the passage, he said he would have signed it. Led by young female lawmakers, the early-term anti-abortion legislation vote challenged most political parties’ hardline anti-abortion positions. If it passed, it would have caused Argentina to become the largest country to permit abortions in the region.

In the same week as the landmark Argentine vote, the Supreme Court of Brazil considered decriminalizing abortion up to 12 weeks into a mother’s term, which has been illegal since 1940. The hearing was called by Justice Rosa Weber after a botched abortion caused 31-year-old Ingriane Barbosa Carvalho to die of hemorrhage in May. The hearings were instrumental because as the most populous Latin American country, Brazil holds the powerful position of setting precedent in any legal decision made. Last November, the amendment PEC 181 proposed extended maternity leave as well as to a ban on abortion altogether. The bill has not become law, yet opponents argue that it contradicts Brazil’s 1988 constitution that protects rights to healthcare and dignity, which many argue includes the right to abortion. However, Christian conservatives are advocating to criminalize abortion in all circumstances, and bills such as these stand in stark contrast to the recent proposed decriminalization of abortion this year.

Differing Laws within the Region

The majority of the region, including Argentina and Brazil, allows abortion only in cases of rape or maternal health risk. Despite these exceptions, women still struggle to obtain an abortion because of barriers, such as need for judicial authorization or difficulty in finding a doctor who will perform an abortion. If discovered to have obtained or be seeking to obtain the procedure, women can face homicide charges and prison.

To illustrate how countries with complete bans operate for example, in El Salvador, women can face up to 50 years in prison for obtaining an abortion. Known to have the strictest abortion laws in the world, El Salvador considered miscarriages to be abortions and criminalizes them accordingly. In spring 2018, two bills were put forth in Congress proposing amendments to the abortion ban in four situations, opening the debate in El Salvador’s legislative body for the first time. However, no authoritative decisions have been made as a result of the debate.

Of the three countries with unrestricted abortions, each has different limits to how late in the trimester a woman can end her pregnancy. In Guyana, abortions is legal up to eight weeks, in Cuba up to 10 weeks, while in Mexico City and Uruguay, abortion is permitted up to 12 weeks. In 2012, Uruguay followed Cuba as only the second country in the region to completely legalize abortion in the first trimester. This decision was heavily influenced by public health campaigners who raised awareness of women’s health and the large statistics of consequences and deaths resulting from criminalizing the procedure.

According to experts, the continued polarization of abortion rights is mainly due to two reasons: the conservative Church’s influence in the region and their extensive reach that has manifested itself into Latin American political parties.

Religious Influence in the Abortion Debate

The implications of anti-abortion laws extend well beyond historical rulings to the political influence of the Catholic Church in Latin America, which dates back to the European conquest of the region. Today, the Holy See’s influence manifests itself differently within each country, meaning that the taboo of abortion varies.

Although Argentina has seemed to distance itself from the church with its 2010 legalization of gay marriage, the Catholic Church still exerts significant influence in the country. Moreover, as the country is the birthplace of Pope Francis, little is likely to change during his appointment. Although the Pope has supported other progressive debates, such as prisoners’ rights, both Pope Francis and various bishops have spoken out against legalizing abortion, with Pope Francis comparing abortion rights as the “white glove” to the Nazi eugenics program.

Despite this influence, there has been a decline of Latin Americans identifying as Catholic. Overall, Catholic identification has dropped from 80 percent in 1995 to 59 percent in 2017. While countries such as Paraguay, Mexico, and Ecuador boast populations that are majority Catholic, many of the countries that have at least partially legalized abortion—Uruguay, El Salvador, the Dominican Republic, Honduras, and Nicaragua—have populations comprised of less than 50 percent Catholics. This may partially explain the unrestricted access to abortions in Uruguay— with the lowest levels of Catholic commitment in the region – as only 38 percent of Chileans identified as Catholic in 2017. The regional average was 59 percent.

Not only are less citizens identifying with Catholicism, but liberal campaigners claim they are also fighting against the region’s status quo, where women do not receive abortions. In this fight, activists have shifted the discussion from the right to abortion to the right to a safe abortion, which lies in contrast to the unsafe abortions currently obtained due to the ban. Criminalizing abortion has not prevented women from obtaining the procedure; it has only greatly increased the risks associated with it.

The criminalization of abortions has been proven to have significant health effects, as about 760,000 women in Latin America and the Caribbean are treated each year for complications from unsafe abortions. In fact, anti-abortion laws do not decrease the number of abortions each year, but actually increase the danger of obtaining an abortion. Compared to the  9 out of 10 abortions performed safely in countries with legalized abortion, three out of four abortions in Latin America are considered unsafe. Women in Latin America travel farther, use more unsafe methods, and receive less support in order to obtain the same results that are legal in other countries.

There is a popular saying in Latin America that “rich people have abortions and poor women die.” This reflects that fact that women will obtain abortions if they desire to; it is only a question of how the procedure will occur. While the wealthy can travel out of country to receive the procedure in safe areas, poor women and women of color disproportionately resort to unsafe pills and procedures often without either legal or familial support.

With 44 out of every 1,000 women attempting an abortion, Latin America boasts the highest per-capita rates despite the bans. Moreover, criminalizing abortions does not remove the demand for the procedure; in fact, the percentage of abortions in Latin America has risen from 23 percent in 1990-1994 to 32 percent in 2010-2014. While this increase cannot be solely attributed to the restrictive laws, if a woman needs an abortion, current legislation will not dissuade her; rather, it will only force her into a more dangerous situation by preventing access to safe procedures.

It is clear that the abortion ban in Latin America does not support women’s equality. It is rejecting women’s rights to make decisions about their own bodies, and it also reinforces the taboo of women’s sexual health in the region.

Taking on this fight is critical for women’s rights, which is a realization that has prompted various multi-national movements against current abortion laws. For example, the women’s rights movement known as Ni Una Menos, or “not one less”, began in 2015 in protest of 14-year-old Chiara Paez’s violent death by her boyfriend after she was discovered to be pregnant. As one of the more secular countries in the region, Argentina has taken significant steps towards legalizing abortion and reinvigorating the women’s rights movement. The movement has spread across the region to include Brazil and parts of Mexico among others. “Green Wave” demonstrations are also seen throughout the region, named for the green handkerchiefs and flags used by activists. In Argentina, green bandanas symbolize abortion rights, and this symbolism has spread to countries including Chile, Mexico, Peru, Uruguay, and Spain.

Even before Argentina’s latest vote, the region was prime with activism, providing a setting for the Argentine bill to remake its way into the Senate. The bill’s reintroduction shows the tenacity and also the shifting beliefs about women’s reproductive rights and maternal health in the region; the Argentine vote only increased and spread the passion for women’s rights. Following this, the movement has travelled as far as Spain, spurring the region into protest.

The question remains—are equal rights finally coming to a head in Latin America or do external influences still exert their control on the region to prevent complete equality? Is the region’s status quo worth the inevitable health risks that it forces women to endure?