Trending:
You are at:Home»Author: Elena Zhai

Elena Zhai is a senior correspondent of Glimpse and a junior majoring in both International Relations Global Economy and French at the University of Southern California. She is from China, Shanghai and is particularly interested in political and economic affairs of China. She has studied aboard for a summer in France participating in the Paris summer program by School of international Relations. During which she took classes on European history and policy making regarding the integration process of the European Union. On campus, she is also currently a member of Ascend USC Chapter. Her special area of interest includes human rights, economic policies as well as sustainable environment development. 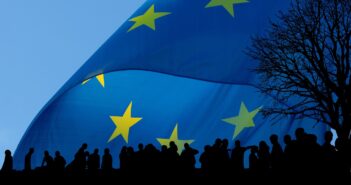 The EU Migrant Crisis and COVID-19: Reexamining the Dublin Regulation

The rapid spread of COVID-19 has had devastating consequences for vulnerable populations across the world.…