Trending:
You are at:Home»Author: Ashlyn Elliott

Ashlyn Elliott
Ashlyn Elliott is a junior at the University of Southern California double majoring in International Relations and History. During the summer of 2018, she interned for the Egmont Institute- a royal think tank based in Brussels, Belgium that focuses on issues of security in the EU. Ashlyn is also interested in foreign affairs, particularly military security and diplomacy in the Middle East, the United States, and Eastern Europe. Outside of her studies, Ashlyn is on the e-board of the John Quincy Adams Society, and enjoys volunteering at a local German Shepard Rescue. Previously, Ashlyn served at the Special Events chair for Alpha Delta Pi sorority and on the e-board for Greek Intervarsity. A native of San Diego, California, Ashlyn loves surfing, yoga, traveling, and painting.
Americas

A Resurgence of Racist Ideology in America

In May of 2018, two brothers of a historically Jewish fraternity, Alpha Epsilon Pi, were… 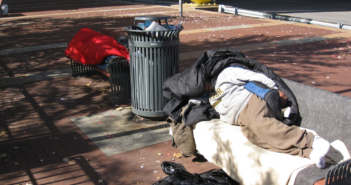 With the fourth highest population of transient people in the nation, roughly 9,000 people within…